Like all sports betting, cricket is a game of percentages. Favourites are favourites for a reason: because bookmakers are pretty sure they’ll win. Likewise, underdogs are not statistically likely to come out on top, so they get longer odds.

Betting sites can afford the risk, as those bets are almost guaranteed not to win. Sometimes, however, an underdog will pull off a glorious upset. This leaves bookies glum but delights lucky punters.

The Cricket World Cup is a huge attraction for sports betting enthusiasts every four years, and every tournament delivers upsets for punters to cherish. Here are four of the most impressive:

The 1983 CWC, played in England, saw Zimbabwe’s first official ODI match ever, with Australia odds-on favourites to win. Bookmakers were offering Zimbabwe at 100/1.

The African side, captained by Duncan Fetcher with a knock of 69, set Australia a total of 239, despite facing the likes of Jeff Thomson and Dennis Lillee. Then the Aussies, a side including batting greats like Rod Marsh and Allan Border, could only manage 226, leaving the debutants stunned but elated.

The Zim side had to treasure that victory: it was their only ODI triumph in their first nine years of competition. Their seven straight losses at the start of the 1992 CWC in Australia brought their losing streak to 18. Unsurprisingly, their odds were even worse than in 1983 when they faced England, also odds-on favourites, in their final pool match at Albury.

Put into bat on a pitch that favoured England’s spin bowlers, notably Phil Tuffnell and Richard Illngworth, the Zimbabweans were predictably bundled out for 134 in the 47th over. Which would have been the perfect time to get a bet on them.

Seam bowler Eddo Brandes got the next innings off to a great start by taking Graham Gooch’s wicket with his opening ball, eventually taking four in total. After holding together to reach 95 for 5, England collapsed and finished all out for 125, leaving punters wishing they’d played NZ slots for real money instead. 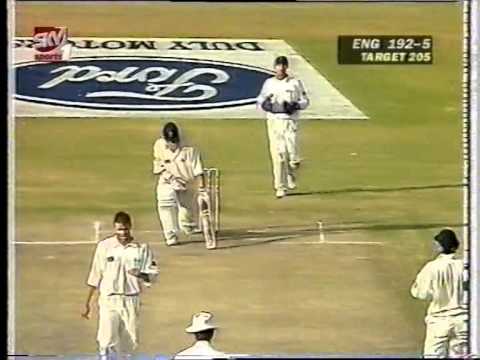 Kenya travelled to India in 1996 for their first CWC with exactly one professional cricketer in their side: all-rounder Steve Tikolo. No wonder the West Indies, a side that included Courtney Walsh, Brian Lara, Shivnarine Chanderpaul and Richie Richardson, were being offered at 1/50 to win, with Kenya offered at 16/1.

Nobody told Kenya they were expected to lose, though. Despite posting only 166 all out, some spectacular bowling from Maurice Odumbe and Rajab Ali saw the Windies skittled out for a pitiful 93 in the 36th over.

India was also the scene of a sweet victory for Irish fans in the 2011 CWC. Starting at 25/1 against ancient rivals England in Bangalore, the Irish bowlers could not stop the favourites from piling on 327 for 8.

Things looked gloomy indeed with Ireland on 115 for 5 in the 25th over, but then Eddie O’Brien made history. His 113 off 63 deliveries was a record-breaking knock, helping Ireland win the match with three wickets in hand, in the 50th over.