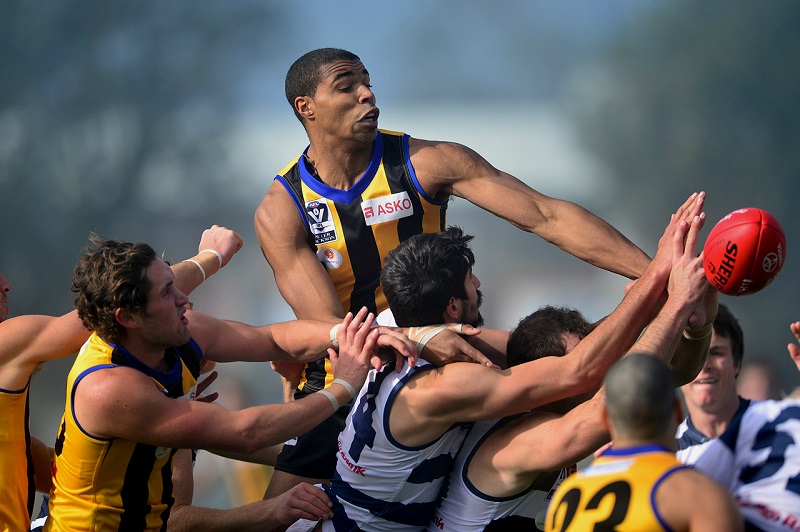 Australian Rules football, also known as Australian football or Aussie Rules, is contact sport played between two teams of 18 players each on an oval-shaped field and was first played in May 1859 in Melbourne, Victoria, Australia. The game’s origins can be traced back to football matches played in Melbourne in 1858 which were first inspired by English public school football games.

The Melbourne Football Club, seeking to develop a game more suited to adults and Australian conditions, published the first laws of Aussie Rules football in May 1859. There are currently over 1,404,000 registered players and the sport has the highest spectator attendance and television viewership of all sports in Australia.

What Is Australian Rules Football?

When is the Australian Football League Season?

The Australian Football League, established in 1896, is the pre-eminent professional competition in Australian Rules football and is made up of 18 teams. The AFL season is divided into 3 main sections: the pre-season, premiership season, and the finals series. 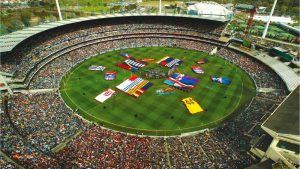 The pre-season consists of all 18 clubs playing 3 matches each throughout February and early March, and the home-and-away premiership season starts in late March until early September and consists of 23 rounds. The AFL finals season is contested throughout September by the top 8 teams at the end of the premiership season, culminating in a Grand Final to determine the premiers. AFL Grand Final Betting is big business in Australia and is a major highlight of the Australian punter’s calendar.

Where is Australian Rules Football Played?

The country of Australia is divided into 6 states and 2 territories and Australian Rules football is the main football code in Victoria, Western Australia, South Australia, and Tasmania, and the Northern Territory has a strong following in the Australian Capital Territory.

Basics of the Game

Games of Australian Rules football are played on cricket ovals and as such there are no standard dimensions for the required football field; however the field should be an oval between 135 and 185 meters in length and 110 and 155 meters in width. Games are divided into 4 quarters of 20 minutes playing time each, and time is kept by umpires. The main method of scoring in Australian Rules football is by kicking the oval-shaped ball between the two tall goal posts, and the team with the most points at the end of the game wins.