When trying to figure how much of an impact an injured player will have on his team’s chance of winning, thus affecting the bet you have placed, it is important to take a number of factors in to account.

I’ve got some excellent tips for you in terms of how to do so in this article, and advise you to make use of them to figure out a strategy that works for you.

Which Player Has Been Hurt?

The first thing you need to understand is that, depending on which player it is that has been hurt, the odds that team have been given can alter dramatically. Let’s take a Green Bay Packers game, and say they are set at a six-point home favourite against the visiting Detroit Lions. Unfortunately Aaron Rodgers has been hurt, and he may not be able to play.

Of course Rodgers’ absence will affect his team’s odds, and in this particular case you may want to switch your bet and back the Lions, give the Green Bay Packers a couple more points as part of a teaser bet, or simply not wager on this game at all.

Which Player Has Been Set as the Backup?

The next thing about betting on a team with an injured player is determining who the backup player is.

For example, you are looking to back the Toronto Raptors, and the point guard, Kyle Lowry, is not in the line-up for a regular season game taking place against Philadelphia. In this case, the Raptors would need to play without their star player, but their veteran backup in the form of Cory Joseph will ensure that their game does not suffer too badly without Lowry.

On the other hand, Oklahoma City Thunder losing point guard Russell Westbrook would be far more of a disaster, since whomever the backup player would be they would be totally unable to stand in for Westbrook’s skills. 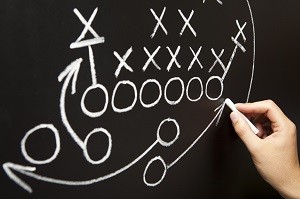 Punters who enjoy the betting NZ offers, as well that which various locales worldwide do, also know that sometimes, when a star player has been injured, the team unites in order to make up for what they’re missing. Either that or they fall apart completely!

For example, the Antonio Spurs losing Tony Parker would not necessarily mean that the team would fall apart, thanks to Gregg Popovich’s coaching style, and they are much more likely to band together in order to make up for the loss of Parker.

The L.A. Clippers losing superstar Chris Paul, however, would probably spell disaster: the likelihood that this team would crumble into infighting is high, and this would without a doubt affect the outcome of whatever game they were taking part in.

If you wish to determine what kind of impact a player’s injury will have on his team and the results of a particular matchup, take the points outlined in this article to hand and create a strategy around them.

You will then have a much better likelihood of always maximising your betting choices, no matter what fate may befall a team’s best player!