Understanding More About Betting on Cricket

There are a lot of international sports that have huge followings, and while we most often think of games like football or basketball when considering some of the biggest sports in the world, we sometimes forget that cricket is right up there along with the best of them. Cricket is also one of the oldest of the modern sports, having first gained prominence in Great Britain 200 years ago, and spread to the British colonies soon after.

Countries like India and South Africa have famed cricket teams, and have been involved in some of the best matches in cricket history.

Like any modern sport with a big fan base, cricket has quite a large betting scene attached to it, and punters take out bets on the game every year.

These bets vary, depending on the bookmaker that offers them, and while many of the bets are the same that you would find in other sports betting in NZ, cricket does have some exceptions. These are some of the most popular bets that are available for the cricket-betting enthusiast.

One of the most common types of bet that you can take out, match betting is a wager that involves betting on that team that you believe will win a match. The odds for a match bet can vary, but they are generally quite low due to the popularity and simplicity of the bet.

A higher risk bet that often involves a bit of research and patience, a series bet involves betting on a team over an entire cricket series.

A cricket series can last months in some cases, which can allow the bet to grow over time and culminate in some very big earnings. The wager itself is very similar to a match bet in terms of how it functions.

This is one that is much more of a gamble than the others. It’s difficult enough to predict which team will win a match, but even more so when wagering on both teams ending with the same score.

Nevertheless, this is a popular bet that most bookmakers offer to punters. 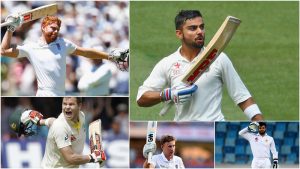 For every cricket game, there is usually an award that is given to the batsman that performed the best on the field.

This has became a favourite among bettors, where a wager is taken out on the player that the bettor will believe will win best batsman for that game.

Similar to the top batsman bet, this one is reserved for the player that had the best bowling techniques, and consistently threw good balls during the match.

Not offered by every bookie, but a type of betting that is becoming more popular as Internet speeds increase, live betting is done on either a computer, a mobile device, or even at the game itself.

The bet can be changed as the game progresses, and while the odds are not always the best, it does offer some thrilling betting action.

These are just some of the more popular bets that you can find available from bookmakers, but there are many more, and all it takes is finding the one that suits you best.