A Brief History of Greyhound Racing 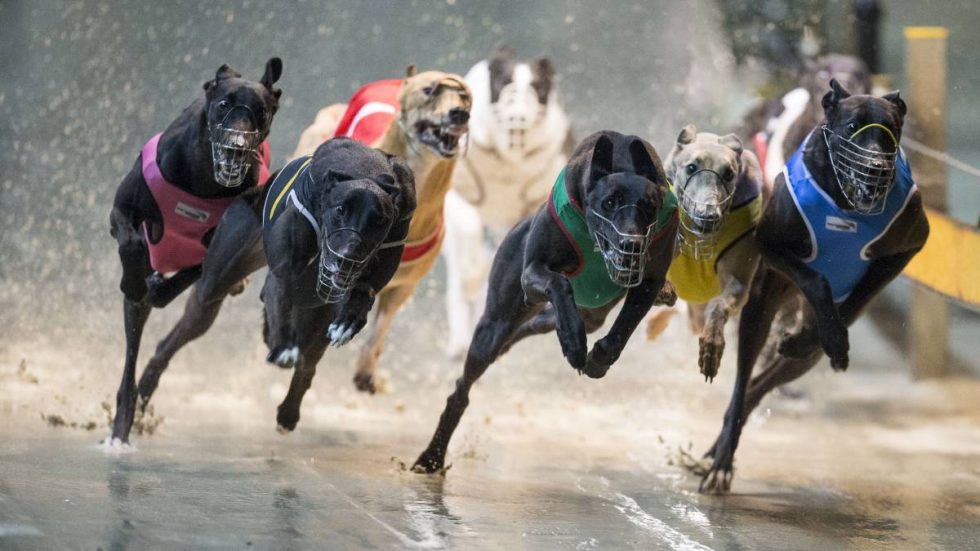 Greyhound racing is a competitive sport in which greyhound dogs are raced around a track. There are two kinds of greyhound racing, namely track racing – generally around an oval track in which a mechanical lure is used – and coursing. Formal hare coursing has many variations in how it is undertaken and takes place either in an open field or an enclosure with an escape route.

The objective of coursing is to test a dog’s ability to run, overtake, and turn a hare as opposed to a form of hunting with the aim of capturing and killing the hare.

The first recorded attempt at racing greyhounds on a straight track was made in 1876 beside the Welsh Harp reservoir in Hendon, England, but this experiment did not develop further. Instead, in 1912, the industry emerged in its modern form – featuring circular or oval tracks – with the invention of the mechanical hare by Owen Patrick Smith.

The first professional dog-racing track with stands was opened by Smith in 1919 in Emeryville, California.

Charles Munn and Major Lyne-Dixson – a key figure in coursing – introduced the oval track and mechanical hare to Britain in 1926, but finding other supporters proved difficult. However, they eventually met Brigadier-General Critchley who introduced them to Sir William Gentle and between them they raised enough money to launch the Greyhound Racing Association.

The first British greyhound racing meet was held at Belle Vue Stadium in Manchester and by 1927 there were 40 tracks in operation.

1930: Introduction of the Totalisator

Unlike the first online NZ casino which only appeared in the mid-90s, betting has always been an important part of greyhound racing by both on-course bookmakers and the totalisator, which was first introduced in 1930. Much like horseracing, it became popular to bet on greyhound racing in the form of pari-mutuel betting.

The industry became particularly well-attended by predominantly working-class male audiences which was aided by the urban locations of the tracks as well as the evening times of the meetings.

After the Second World War, greyhound racing enjoyed its highest UK attendances – there were 34 million paying spectators in 1946 – but the industry experienced a slump in the early 1960s when the 1960 UK Betting and Gambling Act was passed which allowed for off-course cash betting.

However, the decline was partially offset by sponsorship, limited television coverage, and the later termination of the on-course betting tax.

Nowadays, commercialised greyhound racing is defined by several criteria, including legalised gambling, a strict regulatory structure, permanent and official racetracks, host location fees, the use of professional racing kennels, an official racing code, and the dog’s membership in a greyhound racing federation.

A Greyhound’s Life after Racing

A greyhound’s racing career will generally end between the ages of 4 and 6. Highly successful dogs are kept for breeding future racing stars, and there are many industry-associated adoption and rescue groups who obtain retired racing greyhounds and place them with families to live out the rest of their days as pets.